T-Day goes online this Wednesday (Jan 20) from this phrase! See the entry below!

Weekend trips are being organized now. Check them out from the hiking website! 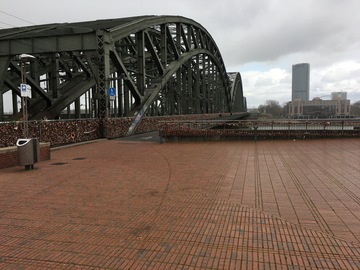 Psychology is an interesting area of subject. Even though I don't really think it's science, mostly because often the conclusion is there before the research, I still think there are counter-intuitive things that I would love to look into more in detail. A great example in this sort is here: suicide in times of disaster.

There's something fairly known in Japan, but since those of you who are reading this article in English might not be familiar with the topic, I'm maybe going to ask you this question: After the disaster in Fukushima in 2011, the suicide rate went up or down in the area around Fukushima? The answer is --- it went down. Even though you probably won't be able to understand this article, the graph shows a clear decline in 2011 and 2012 (compared to the national average). Then what follows is again quite interesting, since the suicide rate in Fukushima was then above the national average from 2016 on. Apparently, what happens is that when there's a natural catastrophe, it gives some sort of collective spirit, which makes them try to overcome the difficulties, probably looking forward to going back to the glorified daily lives. It's when it goes back to the normal lives which differ significantly from what they were looking forward to, which let them down.

The same way of thinking can probably applied in the current pandemic. Interestingly, there was an article this week which talked about the same issue, again in Japan, according to which the suicide rate went down at the beginning of the pandemic. And then towards the end of 2020 it went up again, maybe because Japan was not so badly affected by the coronavirus. However, if the effect of the pandemic is more strongly felt in Europe, we might see a stronger backlash at some point, meaning when the normal life comes back some time in the near future, we might be totally overwhelmed with the discrepancy between our imagination and the reality.

Well, maybe anyway I'm gonna keep my voice low - after all, even though I'm hardly affected by the lockdown, it might be too unsettling for some people to think that the future they are looking forward to is not quite as promising as they are imagining right now, while the current situation is already quite bad...

Another video to make the most out of the lockdown period. This time the solo guitar arrangement of The Beatles's "I will". 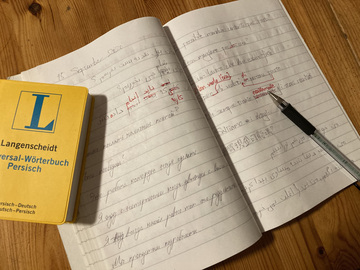 Hey everyone! How’s it going? I hope the lockdown is not letting you down too much!

As Merkel today stated, it doesn't look like it's converging soon, but I came across this platform called "wonder.me", which is very much like Zoom, but it has the possibility to create breakup rooms. So I thought maybe we can give it a try and do an online T-Day. I just created a room with various languages we could be interested in.

This platform allows to share screens but it doesn't have a whiteboard function, and since I have never organised an online event like this one, I cannot really tell how it works, so we'll discover it together.

If you are interested, just drop me a line! I'll share the link then. See you there!

My principal free time activity of this winter: upload piano arrangements of random songs. This time Spitz's "Soramo Toberu Hazu". You might notice it sounds quite rigid - that's because I'm trying to listen to the metronome 😃. The dog on the photo is ours in Tokyo.

The following is a fictional story based on what I see as a scientist and what I see could happen in the near future looking at the current development. I tried to make it realistic, but feel free to contact me if you disagree.

Alex and Charlie are friends and they both got their master's degrees in physics recently. Alex is truly fascinated by science and also loved his supervisors, but looking at the economic instability of being a scientist, how the PhD students at his group were only talking about the number of papers and impact factors (which he frankly didn't care about) and because of his childhood dream of opening a café, he decides not to become a PhD student. Charlie, on the other hand, is not particularly interested in science, but he heard it's good for his CV and also he is too lazy to look for a job, so he decides to become a PhD student.

Alex opens his café on the outskirts of a big city. After a difficult beginning period, he gets an easygoing life, and he finds some time to look into science again. At first, he uses some conventional simulation tools, but he quickly realizes that he loses most of his time trying to compile different programs, learning each time new syntax for a new program, making sure units and formats are correct etc., which had nothing to do with science. At some point, he discovers a new platform called pyiron, where all this was not necessary, and with his limited knowledge of programming, he realizes that he can truly focus on science. He also recognises that his personal computer is certainly not quite as powerful as what he could get at computer cluster centres, but still there is actually so much that he can achieve with his personal computer. As he moves ahead, instead of publishing results in scientific journals, he publishes them on his website on GitHub and on social media, and instead of going to conferences he uploads his talks on YouTube. He also sees that many of the recent articles are open access, so it's easy for him to learn cutting edge techniques as well.

Charlie, in the meantime, also starts working on his PhD project. His supervisor is a very friendly person and explained him the base theories and the goal, which he understands only partially, but it didn't really matter because there is a lot of programming work to be done ahead of doing science. He shows his results to his supervisor regularly, who is happy to see them and explains Charlie how to interpret them. Charlie is glad to see his supervisor happy, but he doesn't really do more than what's required, since that's just as much as he's interested. He still somewhat likes his topic, but it's definitely not like he would do it without being paid for that. He also reads scientific papers every now and then, either because his supervisor says Charlie should read those ones, or because he needs evidence supporting his results. So he never looks at papers of other topics. Occasionally, he goes to conferences with his supervisor, where he attends talks he barely understands. Also before his talk, he is always too nervous and he anyway cannot listen to any of the talks. After his talk, he gets some questions, some of which are easy, but others are impossible to understand so he always gives a random answer, while he knows in both cases he's not really helping anyone understand anything. Every now and then he publishes papers in famous scientific journals, but every time he gets questions from reviewers, which merely gives him the feeling that the reviewers were just asking those questions only for the sake of asking questions. But all this is not so important to Charlie. He is happy to be the first author of scientific papers published in famous scientific journals, which gives him more and more impact factors. Charlie definitely likes his supervisor, but his supervisor is too busy and hardly available, so that except for the regular meetings, Charlie has practically no one to talk to to ask quick questions.

After some time pursuing his passion, Alex now finds like-minded people in the internet. The reason for them not to be a scientist varied a lot: some of them because of the low income, others because they or their partner got pregnant. There were even those who studied a completely different subject, but followed online courses which gave them the same knowledge, but didn't give them an official degree. In addition, the mass media started to recognise their work - they preferred the easy-to-understand YouTube videos to inaccessible scientific conferences or esoteric scientific papers.

Towards the end of Charlie's PhD, Alex visited him, expecting to strike a great scientific conversation. Alex, deep down, was slightly jealous of Charlie being surrounded by great scientists. To Alex's great surprise, Charlie was not really doing science to Alex's eyes - he's been spending most of his time looking for a new job, correcting details of his new papers and his thesis. He could also only talk about his topic and didn't seem to have knowledge of other areas, even though Alex knows that in Charlie's group there are people working in those areas. As Alex finds out that Charlie was working in a field Alex was also interested in, Alex suggests him to work together. Charlie, in astonishment, tells Alex that it's impossible, because Alex is not a scientist and doesn't have an affiliation. Alex says he could proudly put his café, which Charlie rejects, saying a café cannot be an affiliation, which Alex doesn't understand.

Totally disappointed, Alex goes back home and posts the story on social media. Social media users get very much the same feeling as Alex. In the end they judge that Alex, who didn't become a professional scientist, became a real scientist, while Charlie, who became a professional scientists, didn't become a real one. Two of those who read this story were Skyler and Jay, who are friends and recently got their Master's degree...

Postscript: Both Charlies boss and Charlie are very common people you encounter in science. For now, I don't know how real Alex is, but he is certainly a person that could exist in the near future.